This week a former Minnesota police officer was convicted of murdering a man he was arresting. Sadly, it is not uncommon in our times for someone to die at the hands of a police officer. And yet, it is unusual that it would be called murder and that the trial would capture attention throughout the world. So this guilty verdict has been seen by many as a landmark decision.

And yet, a single verdict doesn't really change anything. Because the problem is not really whether black lives matter or blue lives matter or whatever. That kind of differentiation only contributes to maintaining an atmosphere of conflict.

I believe that the root issue goes much deeper: What is the goal of policing?

What follows is an excerpt from my forthcoming book, The Call of the Child.

No longer will violence be heard in your land, nor ruin or destruction within your borders, but you will call your walls Salvation and your gates Praise.
(Isa 60:18)

Most communities in the world today are under the jurisdiction of one or more police forces, who are tasked with enforcing the laws of the land. In North American English, the men and women of these forces are called law enforcement officers or peace officers, somewhat interchangeably. But these two terms actually describe fundamentally different things. 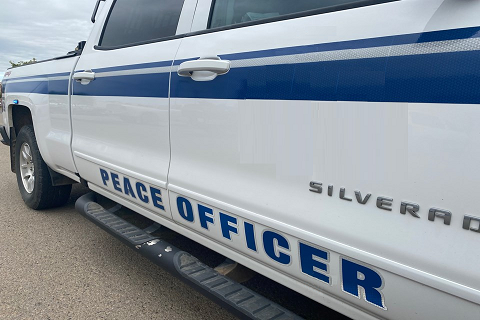 Peacemaking is primarily concerned with establishing and protecting a culture, so that its citizens may continue to live in peace. It is rooted in the Tree of Life, because the priority of the peacemaker is life and peace.

Let me give an example. A number of years ago in the city where I live, a film crew was doing a mock a bank robbery. They were in a bank’s main downtown lobby at about closing time. However, the local police had not been informed about their film project. So when a passerby happened to see what appeared to be a man holding a machine gun inside of the bank and called the police, they prepared for action.

Norwegian police do not normally carry weapons. So when the call came in, they had to mobilize a force, hand out weapons and then send the force out to deal with the situation; all of which extends response time.

The next day, my wife (who knew the police officer responsible for distributing the weapons) asked if the delay in getting an armed squad out onto the street was a problem. He answered that it really wasn’t. As peace officers, they would rather avoid seeing a shootout develop downtown in the middle of rush hour. He was confident that, despite any delay, the robbers would eventually be caught—and much better if that took place out in the country where, most likely, no one would get hurt.

An officer with a law enforcement perspective would seldom think like that. When law enforcement is the priority, then it would seem far worse to risk letting the criminals get away than the possibility of innocent bystanders becoming casualties. In the end, a law enforcement perspective leads to a culture of violence. The knowledge of good and evil says that a lawbreaker has no value. And if a person has no value, then it really doesn’t matter if they get wounded or killed. And if a potential lawbreaker looks a lot like an actual lawbreaker, then the law enforcer can become quick to employ deadly force.

Unless you live in one of a small handful of nations, you may find it almost inconceivable that the Norwegian police forces are normally unarmed. You might think that leaves them very unprotected. But the belief that a weapon will protect you is not a peacemaker thought.

Some statistics. At the time of this writing, Norway has a population of about 5.4 million (about 1/60 of the U.S. population). A total of twelve Norwegian police officers have been killed in service since World War II. (Only seven of these were firearm deaths.) Only five people have been killed by Norwegian police in the past eighteen years. And yet, Norway is among the top twenty nations in the world for per capita rate of civilian gun ownership, with nearly twenty-nine guns per hundred inhabitants.

By comparison, in the past decade approximately one thousand five hundred people per year have been killed by police officers in the United States while on average more than 160 American policemen have died in the line of duty each year.

Why the huge difference? I believe that a major factor is the difference between law enforcement and peacemaking.