I have been doing taxes this week. Lots. As an American citizen living abroad, I need to submit a tax return to the U.S. as well as to my country of residence. As a business owner, I also need to submit returns for my business to both countries. My Norwegian taxes can be done fairly quickly. They can be filed online in a fairly straightforward process, where most of the information is already filled in. My American taxes are another story. This year's return was more than 40 pages, which cost me about $9 in postage.

Although all of those forms are a hassle, taxes don't really bother me.

Give to everyone what you owe them: If you owe taxes, pay taxes; if revenue, then revenue; if respect, then respect; if honor, then honor.
(Romans 13:7) 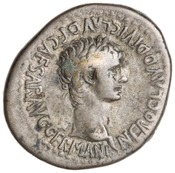 Paul wrote to the Romans during the reign of Emperor Nero. It was a far more corrupt and oppressive regime than 21st century America or Norway. Such was the framework where Paul encouraged us to pay our taxes and fees with respect and honor.

Which is what Jesus did some years earlier:

After Jesus and his disciples arrived in Capernaum, the collectors of the two-drachma temple tax came to Peter and asked, “Doesn’t your teacher pay the temple tax?” “Yes, he does,” he replied. When Peter came into the house, Jesus was the first to speak. “What do you think, Simon?” he asked. “From whom do the kings of the earth collect duty and taxes—from their own children or from others?” “From others,” Peter answered. “Then the children are exempt,” Jesus said to him. “But so that we may not cause offense, go to the lake and throw out your line. Take the first fish you catch; open its mouth and you will find a four-drachma coin. Take it and give it to them for my tax and yours.”
(Matthew 17:24-27)

Jesus chose to not exercise his right as a Child of the King. Rather, he chose to honor the government of his time. I believe that the lesson here is this: Respect and honor are highly valued, even to the laying down of our own rights. It applies to taxes. I believe that it also applies in other areas where we may feel the government to be overreaching, be it restrictions on gathering for worship, requirements concerning masks and social distancing, or whatever else may bother us. Even those who represent evil governments should receive our respect and honor.

In the culture of the Kingdom of God, there is no place for grumbling or complaining. Not even about taxes. For God loves a cheerful giver. (See 2 Cor 9:7) Rather, respect, honor and blessing should flow freely from the children of God. Or as Paul wrote in the preceding chapter: Bless and do not curse. (See Rom 12:14)

Grumbling, complaining, distrust, suspicion, cynicism, skepticism, accusation, and so on, are all veiled forms of cursing—whether directed at individuals or at our government. So here is the challenge:

Do not let any unwholesome talk come out of your mouths, but only what is helpful for building others up according to their needs, that it may benefit those who listen.
(Ephesians 4:29)

And face taxes with an attitude of blessing.